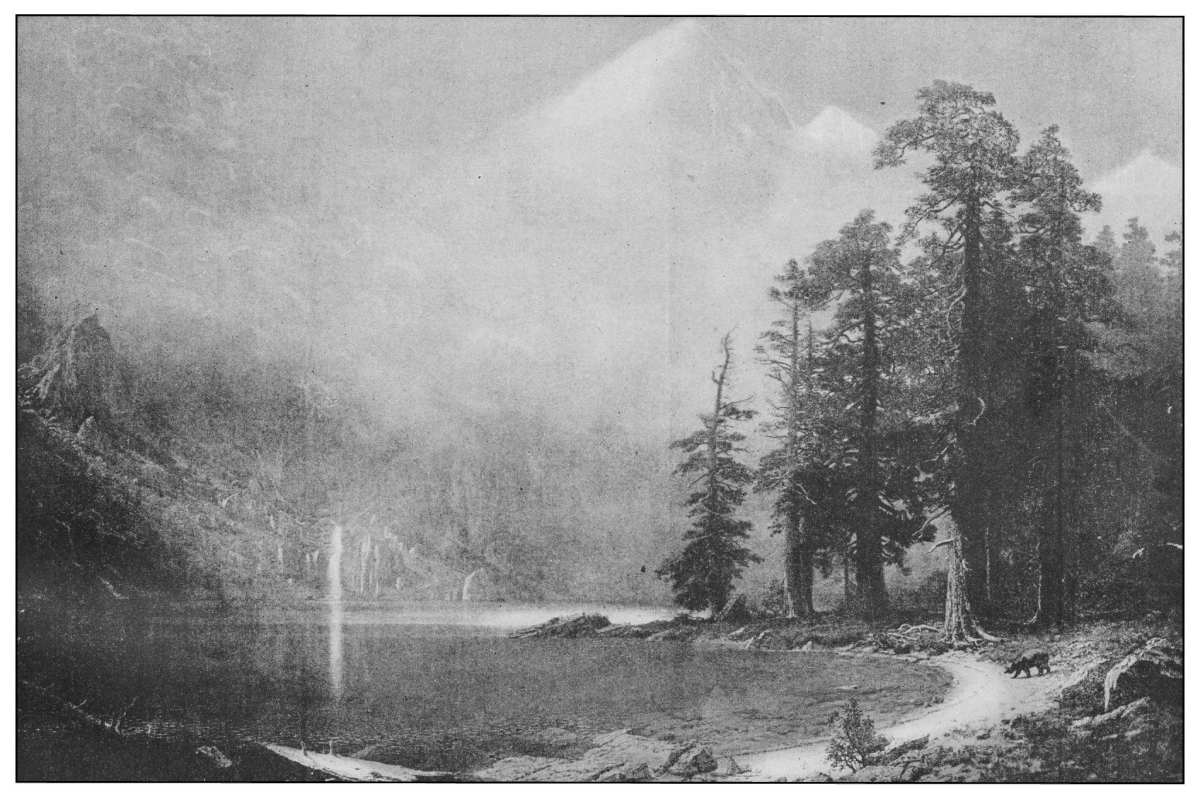 German painter Albert Bierstadt was born on January 7, 1830, in Solingen, Prussia. Often described as excessive and unrefined, much of Albert Bierstadt’s artworks were criticized. However, the artist is considered one of America’s greatest landscape artists. Seen as a man whose artworks offer a unique vision of American natural history.

He made epic panoramas of the untamed American West from mere photographs and sketches. Every brushwork from Bierstadt proved immensely popular with the American public at one point in time. Tap into the lucrative segment about the Albert Bierstadt paintings and much more.

The Last of the Buffalo 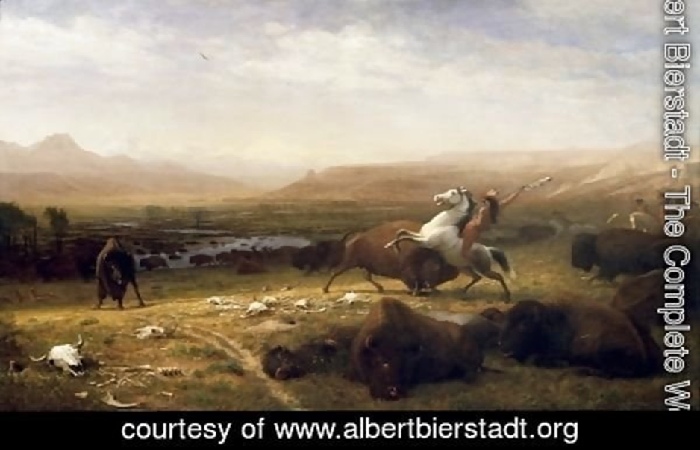 The Last of the Buffalo by Albert Bierstadt is a massive oil on canvas that measures six by ten feet. The gleaming landscape is a blend of multiple elements from his inspirations through the western excursions.

The Albert Bierstadt art reflects the composite view incorporating many topographical features from the Great Plains. The prominent of which is dead and injured buffalo in the foreground. The Buffalo occupies a dry, golden meadow, and its counterparts cross a wide river.

To very far, as far as the eye can see, is the landscape turning to nature’s beautiful forms. The views are eclectic, from prairies to hills and mesas to snow-capped peaks. Similarly, the grassland nurtures a profusion of plains wildlife. Several wildlife species like elk, antelope, coyote, fox, rabbits and even a prairie dog at the lower left are visible.

The Domes of Yosemite

This Albert Bierstadt painting was commissioned by a New York banker and financier, Legrand Lockwood. He created this work for the astronomical fee of $25,000. The painting reveals the extravagance of Yosemite Valley, its gigantic peaks, sheer cliffs, grassy plains, winding river, and soaring waterfalls, in all its natural glory.

The painting amplifies Bierstadt’s perspective through glowing and diffuse lighting effects. As a result, it heightens the sublime sensibility of the entire portraiture. In the foreground, you can see shadows over the trees and grass.

The rocky outcroppings are similar to an almost metaphorical purpose. They allude to the synonym’s belief that this region was a hidden paradise. Great artworks not only exemplify the beauty of nature but also inspire a generation of explorers to venture westward. It keeps them motivated, and the government protects the region from exploitation. 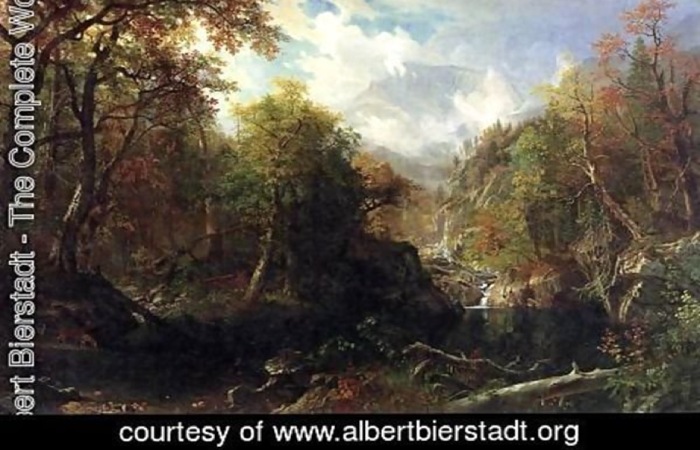 Out of the many famous Albert Bierstadt paintings, the Emerald Pool will always remain a classic. It is a painting from when urban industrialization was on the march. Everything was sought to showcase the richness of the untamed American wilderness.

Through this one, the artist tries to depict the cyclical aspects of nature through the foliage in different stages of growth, death, decay, and rebirth. Not to forget, nature’s way of healing is through the change of seasons. From late summer to early autumn as depicted by the tonal variation in the foliage.

Trees are falling on their own accord and not felled by the clean edge of man’s ax. So, no suggestion of the machine is seen in this garden as in this modern world. Likewise, the viewer has no hints of the rail system, commercial tourist industry, or luxury-enabling hotels. Many of these details were explained by Hagood and Harrison. 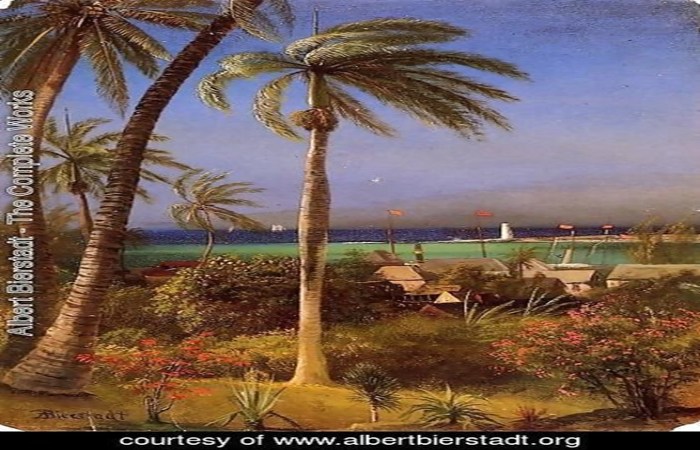 You are likely to find artworks that can blow your mind away in an instant, but some artworks like Bahamian View are such that they always remain in your heart and mind. The exceptional artistry is an iconic capture of a Bahamian View in Bierstadt style.

Nassau is where Bierstadt discovered a new sort of landscape as an inspiration. Bierstadt’s painter drew every sense of reality in this one. You can see past a grove of palm trees waving in the gentle tropical breeze. There are other tropical shrubs and flowering bushes closer to a small group of buildings comprising thatched roofs.

Beyond that, there is an emerald green bay bordered by a rocky outcropping. A small white lighthouse in the far background and a deep blue sea dotted with white sailboats are a dreamy appearance of the canvas. 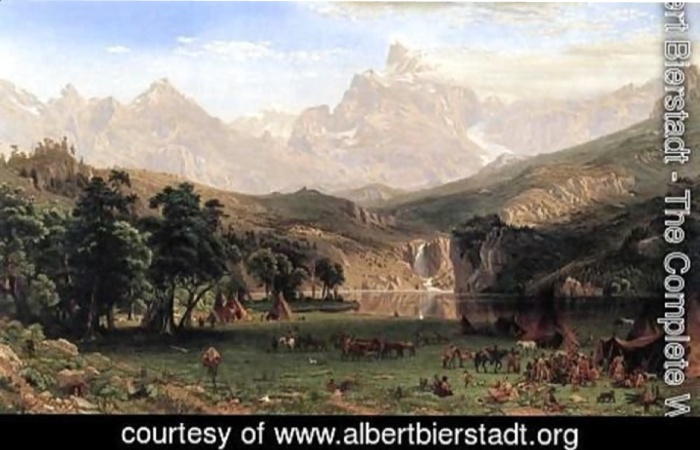 The Rocky Mountains is an artwork full of nature’s glory in absolute beauty. There is a waterfall in the mid-ground with almost divine light. A feature termed “luminism” is applied to this type of hazy lighting effect. It is quite popular in the history of American landscape painting.

The inclusion of the Native American settlement is a noteworthy aspect of the landscape. However, several arguments suggest that the artist intended for the Native Americans in his paintings for a purpose. First, it serves as a visual record of their existence.

Apart from the sheer beauty and magnificent luminous painting style, it is an artwork of historical importance. Such is the collection of literature, art, and culture that work as powerful pieces of evidence in bridging archeological barriers.

There is a substantial depth in Albert Bierstadt’s artworks which shines brighter than their beauty. Each masterpiece is unique and carries a bold style, technique, and message. You can find these artworks in quality museum-grade reproductions on the 1s Art Gallery website.

What Do Customers Really Think of Episilk Hair Removal?

Will ‘Quiet Quitting’ Help Ease Addiction In The Workplace

What is PA+ Rating in Sunscreen?

Three Exercises To Lift Droopy Eyelids That Are Better Than Makeup