The Fashion That Mixes Feminine And Masculine Garments

The Fashion That Mixes Feminine And Masculine Garments – Women’s and men’s clothing Do you like the mix of male and female garments? A garment as standard today as women’s jeans was unthinkable a century ago, not because of the modernity of the piece, but because it seemed impossible to see a woman wearing pants.

The differences between men and women have gradually been dissipating in many areas, thanks to feminism. One of the sectors that continues to change in this regard is fashion, although the road has already come a long way, since today garments that until not long ago were considered men’s are by women without any problem.

The first time there is evidence of women wearing trousers dates back to the 1881 decade when they began to wear sorts for horseback riding. Later, in the 19th century, the first baggy pants for women appeared, tightened in the knee area to be able to ride a bike.

Its use became widespread among women at the time of the First World War since the men went to combat, and it was they who had to carry out the work in the factories, so they began to wear work uniforms and overalls, all of them in pants.

The so-called masculinization of the female image is manifested more intensely in the fabulous 20s of the last century when women began to cut their hair in the so-called garcon style (a widespread trend today).

In the clothing field, the great promoter of garments, considered masculine, was the great designer Coco Chanel, when she began to wear wide manly pants. From her clear stance of the time, many women followed in her footsteps.

The total breaking of molds came in the 70s, the time of the well-known sexual revolution, when men began to turn their look into something more effeminate, taking into account the stereotypes of the time. Men were starting to with long hair, makeup and more colorful, bright and tight clothing. The prototype of this style was David Bowie, but the great Freddie Mercury can also be considered necessary for the movement.

The ambiguous looks where one oscillates between the characteristics and garments stereotypically considered masculine or feminine result from the aforementioned sexual liberation.

This barrier between the clothing of both genders is increasingly diluted, thanks to the active fight against gender stereotypes.

In this way, in the current fashion catwalks. The looks of men with skirts, dresses, even heels are becoming more common; or women’s parades, and street style, with suits with jackets. Blucher shoes or other garments with a masculine cut, widely used today as office uniforms. 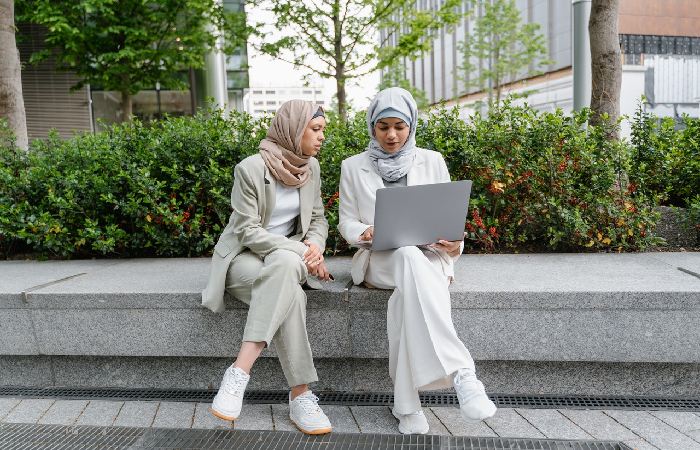 If this type of outfit catches your attention. I present a couple of options that you can use in your day to day to look fantastic.

Actuality Of Masculine And Feminine Concepts In Fashion

Thanks to the boom that feminism has resumed in recent years. Struggles that seemed already settled have reopened. Today, one of the most significant is the battle against gender stereotypes in all possible areas. Starting with children’s toys and ending with clothes commonly classified in a specific gender.

As I mentioned in the previous sector. The margin between both categories since garments use is increasingly common to both genders.

We must continue fighting for the normalization of these situations. It is essential to lay the foundations for a future with no type of gender discrimination. And fashion, as I have always said, is a form of expression and a great revolution; let’s use it favorably in this fight and put an end to all the clichés.

Women’s Sneakers, Why Are They More Fashionable Than Ever?

The Best Sales In Women’s Fashion: How To Prepare Your Shopping List?

The Fashion Eco-Tax: Pay To Recycle